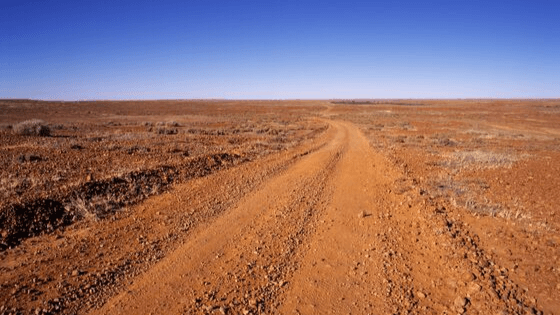 If you’ve ever dreamed of zipping through Capitol Reef National Park on your ATV, you’re in luck. New changes in the laws of Utah’s Mighty 5 mean that you can now take your off-road vehicle for a ride through the state’s national parks, just so long as you follow some rules. But to understand why this change is being made and what it means from visitors, there are a few things you need to know first. Keep reading to learn more. 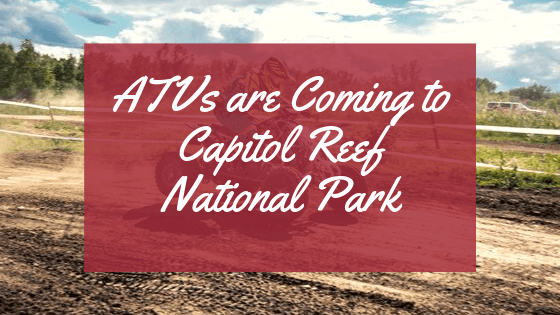 In 2008, lawmakers in Utah decided that off-road vehicles should be allowed on the state’s roads. They passed a policy, SB181, that states that any off-road vehicle can drive on all state and county roads, just so long as it is “street-legal.” This means that it has safety standards like seat belts and taillights, as well as proper registration.

Part of the reason for this change was that there were some in the state who felt that off-road vehicle owners were being cheated. After all, they paid gas tax and registration fees, but then couldn’t use the very roadways that their money went towards maintaining.

When this new law went into effect in 2008, national parks began pushing back. They didn’t want the law to include roads in national parks. The park service feared the effects that allowing these vehicles would have on the park’s natural resources. A 2008 memo from the park service concerning Arches and Canyonlands stated:

“The addition of off-road vehicle traffic on park roads will inevitably result in injury and damage to park resources. These specialized vehicles are designed, produced and marketed for the purpose of off-road travel, and they are uniquely capable of easily leaving the road and traveling cross country. No reasonable level of law enforcement presence would be sufficient to prevent ATV and OHV use off roads. Park rangers will have no ability to pursue and apprehend vehicle users off road without adding to the damage they cause to park resources.”

For the last 11 years, the park service has been successful in preventing off-road vehicles. Until this week.

Because the law does state that off-road vehicles are allowed on all state and county roads, Palmer “Chip Jenkins, the National Park Service’s acting regional director, felt that the Mighty 5 shouldn’t be allowed to bend the rules. He pushed for a policy change that would allow off-road vehicles like ATVs and UTVs to drive in the park on roads.

This doesn’t mean that off-roading is now allowed in the parks. Instead, off-road vehicles do have to stay on main access roads and back roads. And they’ll still need that standard safety equipment and make sure that registration and insurance are current and active, just as you do on roads outside of the park.

While the change is still facing opposition, there are members of the park service who feel that it will have minimal impact on the park.

If you own an off-road vehicle and want to take advantage of the new rule, it’s time to plan a visit to Capitol Reef National Park. The park is packed with rugged scenic drives that let you get that off-road feel while still obeying the law and protecting the park’s natural resources. A few of the best include:

If you don’t have an off-road vehicle of your own, can’t bring it along, or just want to enjoy a different experience, you can also join a UTV tour. We can help you set up a 2 or 4 hour guided trip for you and up to 5 guests. The tour will take you all over Wayne County on a bumpy, exciting adventure the whole family will enjoy.

Want something a little more tame? We can also help you schedule a Jeep tour. This option takes you on a backroad adventure from the comfort of a Jeep. You can even book a 6-hour excursion into Cathedral Valley for the trip of a lifetime! 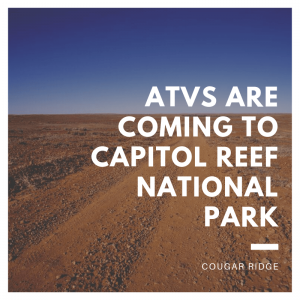