4 Ways to Avoid Being Labeled a “Tourist” in National Parks 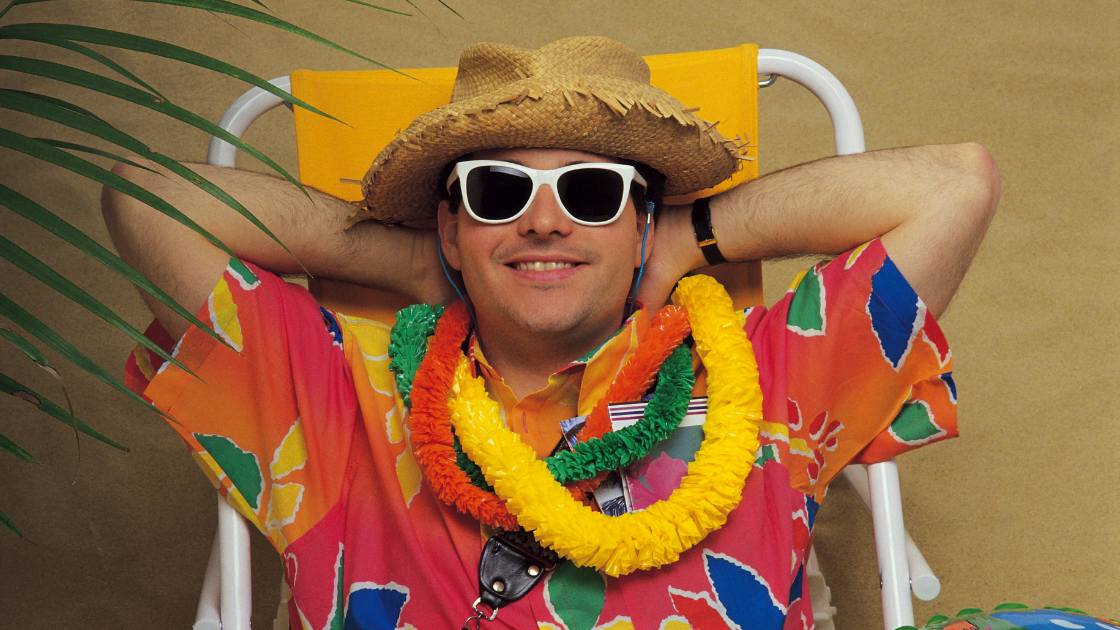 We all know the stereotype. Dorky-looking visitors clad in high-waisted khaki shorts, tall white socks, and Hawaiin print shirts. In countless movies and TV shows, they’re toting binoculars and oversized cameras, with a fanny pack on their waist. Or maybe you’re thinking of a more modern stereotype. Think visitors climbing over railings and dangling over cliffs to capture the perfect death-defying shot for Instagram. Rather than practical hiking clothes, they’re likely wearing quite the opposite; just as long as it looks good on camera.

Whatever image pops into your head when you think of the most annoying tourist possible, one thing we can all agree on is that we don’t want to be labeled as such. But there are plenty of things visitors do in national parks across the country that are not only annoying, but downright dangerous. Keep reading to learn how to visit like a local with these 4 ways to avoid being labeled a “tourist” in national parks. 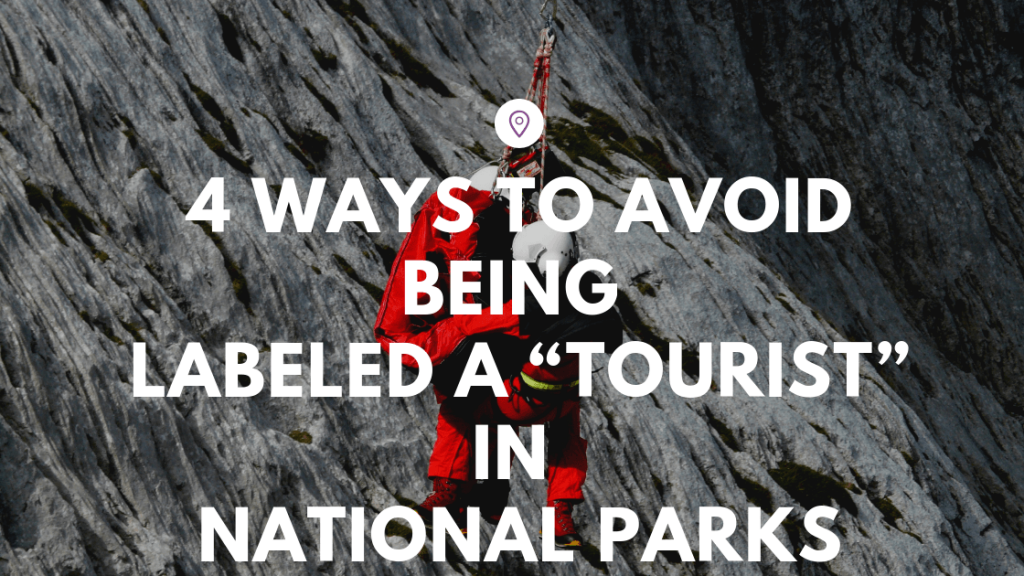 1. Give the Wildlife Some Space

In the past two weeks, two teenagers were injured by charging bison in Yellowstone National Park. In one instance, a teen was part of a group of tourists who got much too close to several bison. They were also reportedly taunting them. The other teen passed between the paths of two bull bison who were fighting one another.

Both bison attacks only further highlight how dangerous it is to interact with wildlife in any national park. Even the ones that seem harmless.

Between 2000 and 2015, 25 people were injured by bison in Yellowstone. Of those, 21 actively approached the bison. None of the incidents led to a fatality. The same can’t be said for bear attacks. Half of all bear attacks in the U.S. occur in just six national parks. Yellowstone ranks second, and has had 8 fatal attacks since the year 1900.

Yellowstone is far from the only park with dangerous wildlife. You’ll find alligators in Everglades National Park. There are rattlesnakes in Capitol Reef. In every park, automobile accidents caused by collisions with deer and other wildlife injure hundreds each year. However, a large number of these attacks are preventable.

If you don’t want to earn a bad reputation-and want to avoid a potentially deadly and definitely painful injury-always keep your distance. Respect the space of any wildlife you come across. Always stay at least 25 yards from animals like bison and elk, and at least 100 yards from animals like bears or wolves. Never feed or try to pet wildlife and drive cautiously, especially at night, to avoid collisions.

From garbage strewn along trails to graffiti etched permanently into rocks, tourists have a bad habit of leaving their mark on the national parks they visit. Perhaps the fastest way to earn yourself a reputation of being an annoying, destructive tourist is by leaving your trace somewhere in the parks.

Luckily enough for our beautiful public lands, the internet has made busting those who choose to violate or damage parts of the park a bit easier.

One Instagrammer who chose to showcase her “work” as she left graffiti in 7 national parks during a 26-day period in 2014 was caught after eagle-eyed nature lovers turned her in. She was sentenced to two years of probation, during which she wasn’t allowed on any public lands, and had to perform 200 hours of community service. In total, it’s a light sentence considering that the graffiti she left behind would take hours and hours of labor and countless resources to repair. Even then, traces are likely to remain.

3. Stay on the Trails

Graffiti isn’t the only way that careless visitors are destroying our natural landmarks. Straying from the trails by even just a few feet may seem harmless. But when another tourist follows in your footsteps, followed by another and another, suddenly you’ve carved a new path through the park. You could be tearing through sensitive plant life, destroying natural habitats established by wildlife, or getting close to a dangerous area that park officials have worked to keep you from.

Our national parks are loaded with breathtaking trails. Stick to those and you’ll still get to see the wonder and beauty of the parks, without harming them by creating your own trails.

You might think that the only person you’re hurting when you dangle from the edge of a cliff to snap a shot is yourself (well, and maybe your mom if she caught a glimpse of the photo). But the reality is that if you get stuck, lost, or hurt during your quest for likes and shares, you could cost someone else his or her life as well.

Rescues in the park are costly and time consuming. If you have to call for help from the park service because you are stuck on a cliff or you fall and injure yourself, your rescue will cost thousands of dollars. Not to mention the countless man hours spent. And if the rescue team is busy pulling you back to safety when another visitor gets seriously hurt, you could delay that team’s ability to reach that person.

Never, ever willingly risk your life in a national park, or any other natural area. There are plenty of opportunities to take amazing pictures from established trails and overlooks, and plenty of other ways to get a safer adrenaline rush, like whitewater rafting or rock climbing.

You probably already know that the best way to explore a new place is to do what the locals do. So the next time you visit a national park, stick to that rule. Respect the wildlife, preserve nature and all of its beauty, and stick to the trails and their relative safety. You’ll have an amazing time, and you won’t get in anyone else’s way of doing the same. 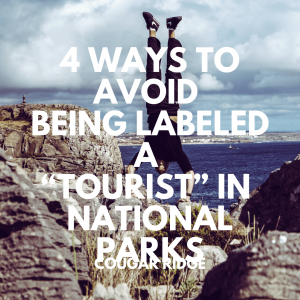