America’s national parks are magnificent and invaluable, not only because of their rare beauty, but also because of what they offer to visitors:  a getaway from the “grind,” a place for inspiration, features for stunning photography, and vacations for greater bonding among families. They combine tranquility with exercise, and that fact spells “different” from the crowded amusement parks.  Whether it’s a day trip or a one-week indulgence, America’s national parks are the perfect remedy for the overstimulation of technology and the doldrums of complacency. This article presents the finest in lodging near some of the most spectacular places on earth. 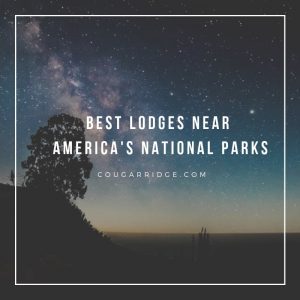